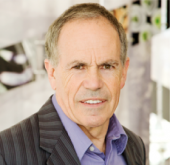 Steve Long, FRS, has devoted his career to the understanding of photosynthesis and its adaptation to global change to increase the yield of bioenergy and food crops. His achievements include discovering the most productive land plant known—a grass from the Amazon—and the development of the first dynamic model of the complete photosynthetic process, which is now being used as a design tool to engineer improved photosynthesis. He also identified Miscanthus as one of the most productive temperate plants, which as a result, has emerged as a major sustainable bioenergy option both in Europe and North America.

Steve is an Elected Member of the National Academy of Sciences (NAS) of the USA, a Fellow of each of the Royal Society, the American Academy for the Advancement of Sciences (AAAS), and the American Society for Plant Biology (ASPB). He has published over 300 peer-reviewed journal articles, including original research published in Nature and Science. Clarivate Analytics (formerly Thomson Reuters) has listed Steve as one of the “Most Influential Scientific Minds” and "Most Highly Cited” every year since 2005. His work has been recognized by many awards, including the 2012 Marsh Award for Climate Change Research from the British Ecological Society, the 2012 Kettering Award from the American Society of Plant Biologists, and the 2013 Innovation Award from the International Society for Photosynthesis Research. He was the 2013 Riley Memorial Lecturer of the World Food Prize and AAAS. He was also a member of the Intergovernmental Panel on Climate Change (IPCC) First Assessment Report Working Group, whose report was honored with a Nobel Prize.

He has been invited to discuss food security and bioenergy with President George W. Bush; Bill Gates; Her Royal Highness, The Princess Royal, Princess Anne; and the Vatican. He serves in advisory roles for key agricultural committees worldwide, including the European Commission’s Joint Programming Initiative on Energy, Food and Agriculture; the Federal Biomass Technical Advisory Committee; and the German Cluster of Excellence in Plant Sciences as a Fellow of Rothamsted Research.  He is an honorary professor at the University of Essex and Cornell University and a visiting Professor at the Chinese Academy of Sciences and the University of Oxford.

Steve is Founding and Chief Editor of Global Change Biology, which is listed by ISI as the most cited journal on Climate Change after Nature and Science Magazine. He is also the Founding and Chief Editor of GCB Bioenergy. At Illinois, he initiated the development of the SoyFACE facility on the South Farms, which is now the largest open-air laboratory for investigating the impacts of global change on our major food crops and the 320-acre Energy Farm, the world’s largest outdoor research center devoted to bioenergy crops.

Watch this video from the University of Illinois Campus Insights where Steve Long talks about his lifelong interest in plants and recent work to boost crop yield by improving photosynthetic efficiency.

Check out Steve Long's Center for Advanced Study (CAS) lecture on feeding and fueling the world by 2050.

Refer to Steve's Google Scholar page for a complete list of his publications.