Plant science on a screen 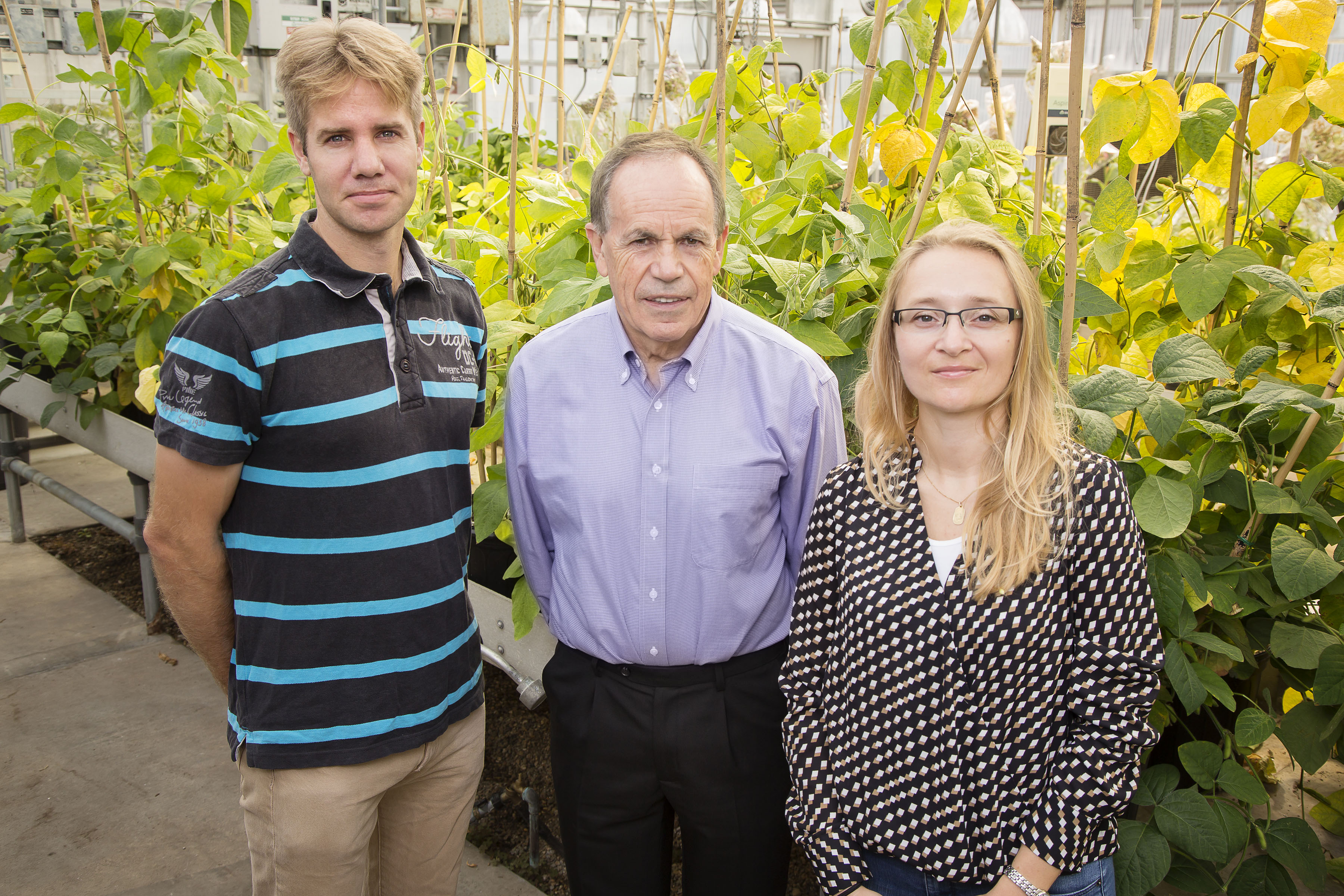 Used in medicine, astrophysics and other sciences, a technique called “in silico” allows plant scientists to model crops in a digital simulation and manipulate them to test different plant characteristics. Academic researchers are performing the work onscreen rather than commercial growers and farmers, but the two groups have partnered to reach common goals, says Dr. Stephen P. Long, Ikenberry Chair of Crop Sciences and Plant Biology at the University of Illinois.

Often color-coded to make certain attributes — such as sunlight exposure on sugarcane — more observable, in silico models can be envisioned as layers, says Long, who is also distinguished professor in crop sciences at Lancaster University in Lancaster, England. “You have the gene expression, then you have the protein synthesis, the biochemistry, the physiology — and then you have to tie this all in with development of the crop, as well, and the form of the crop,” he says.

With the ability to tweak variables of the plants onscreen without having to wait entire crop cycles to watch them grow and to adjust variables, plant scientists, growers and farmers can save a lot of time and effort in their work, Long says. “Everyone’s going to want to see this reduced to practice, but I’d say [there’s] at least a tenfold savings, but in some cases much more,” he says.

The Long Lab at Illinois has created in silico models of several different crops and conditions, focusing largely on above-ground food crop systems and how photosynthesis occurs within them.

In one study at its Experimental Farm in Illinois, the lab asked its computer-coded model if the number of leaves a soybean crop was producing was optimal. Surprising the researchers, the computer model predicted that it was producing too much leaf growth in the flowering phase and that by producing less more resource would be available for seed production.

Long and his team tested this question in silico. “A very simple test of that was to — once the plant entered [the] vegetative stage — remove every third emerging leaf,” he says. “We then got an 8 percent increase in yield in replicated trials, so that told us we should be looking for genes that maybe reduce leaf area or cut down on leaf production once the plant has gone into the flowering stage.”

While Long’s team was looking at chemical processes around photosynthesis and developmental pathways in this simulated soybean crop, one of its other goals is to gather information about gene expression of crops in studies like this, he says. The results of those studies can then inform breeders of new opportunities when developing more productive or sustainable cultivars.

Long’s lab also worked with sugarcane growers in Brazil who are considering introducing two-row harvester equipment, Long says. Traditionally, this equipment harvests one row at a time, and those rows are spaced relatively far apart. Striving for more efficient harvesting, growers are considering harvesters that can remove two rows at a time. But to achieve this, the two rows need to be close to each other with a large gap between each pair of rows. By placing the two rows close to each other there would be increased shading and less efficient use of sunlight. Questions arose about what this would cost and if any costs in plant production could be reduced.

“We simulated the rows in three dimensions in light capture using ray tracing,” Long says. “Then, from that, using production models, we could then say, ‘Well, by doing this, you could lose up to 8 percent of potential productivity.’” But to offset the loss of productivity, growers could, for instance, consider changing the direction of the rows or using more lax (spreading) leaves.

“So, you can also apply this in an agronomic context,” Long says. “Of course, that doesn’t mean that you don’t then need to test this in reality. But the computer simulation allows you to narrow down all the potential changes. So, you say, ‘Okay, what might be our best bet for doing this,’ because we can’t do everything in practice.”

As with sugarcane and soybean, Long and his team examine cassava’s shoot, leaves and photosynthesis, but they also look at how this can be tied in with below-ground growth, root development and the tuberous root, which is harvested as food.

“A major effort is really joining those things together, because root [biology] and shoot biology have often been quite separate activities,” Long says. “This really gives us a chance to work at the interface.”

The work with cassava involves partnerships with Dr. Jonathan Lynch’s lab at Pennsylvania State University and another group at Oxford University, Long says. The Oxford partnership allows Long’s work in photosynthesis to tie in with the rest of crop metabolism. “It forces us to really think, ‘Well, the plant, of course, joins these things up,’” Long says. “‘How do we represent that? How do we gather that now?’”

The expansion of in silico

For about 20 years, Long and his colleagues have been growing in silico, but Long says the technology and processes have evolved in the past two decades. This is largely because of newer capabilities that allow researchers to combine information from various projects. “With ever-increasing computational power, that is possible on supercomputers,” he says.

Long’s lab has performed work with research teams in other laboratories, including Dr. Amy Marshall-Colon’s lab at Illinois, which works on gene networks; Dr. Lynch’s lab at Penn State, which works on root systems; Dr. Lee Sweetlove’s lab at Oxford University, which works on whole plant metabolism; and the Illinois-affiliated National Center for Supercomputing Applications (NCSA), which includes a team of programmers.

“I feel [in silico] is going to be very important for plant scientists at all levels, both from theoretical applications right through to practical growth,” Long says. “We’ve seen this in other areas of science, and I think it’s time for plant science now to really exploit this to the full extent.” Long points out that Oxford University Press has a new journal called “in silico Plants,” of which he is the editor-in-chief, and the Society for Experimental Biology is hosting a meeting about in silico plants in Spain, which he is organizing with Sweetlove.

Taking the work to the greenhouse

Long and his colleagues have looked at dynamic shading of plants in silico, modeling when leaves enter and exit shade, and the speed at which the plants adjust to those changes. Their in silico prediction was that by speeding this adjustment, they could increase productivity substantially. “We accelerated that adjustment speed and got a 20 percent increase in productivity,” he says.

“This was done in the field, but it would apply at least as much in the greenhouse, because you’re not only getting shading from overlying leaves and [clouds], but from greenhouse structures, as well,” Long says. “For example, [with] tomato productivity or peppers, aubergines [eggplant], this should apply equally in those situations — possibly even a bit more than in the field situation.”

Long also notes how, similar to his work with sugarcane in silico, greenhouse tomato growers could use in silico technology to simulate the ideal path width between their crops.

In silico could also potentially benefit plant scientists, breeders and ornamental growers, Long says. “In terms of flowers, I’m not very experienced with that,” he says. “But I imagine, even then, having a more productive plant in the greenhouse is still beneficial because if it’s more productive, there’s a good chance it can produce more blooms and so on.”